A Very Free 4th of July

Although unplanned, I believe that it was no coincidence that I found myself in Yosemite National Park on this 4th of July. I was far from alone; there were tons of others from all over the world visiting that day. While gazing out over Olmstead Point, I questioned granite and glaciers and the High Sierras before me. Staring out into the vast expanse there were clear skies to my right and dark clouds and a storm simultaneously rolling in to my left. Only having a day to experience such an enormous and very dynamic place, I selected only a few places to enjoy. It seemed indefinite that I venture into the Yosemite Valley. I was somewhat anxious after already driving so much and in cruising through the park, admiring one vista after another, I felt as though I was shuffling through a pile of postcards, all of which were of course spectacular sights. I was just eager to find an adventure accessible for me to hop out and actually engage in. Although, the shuttle was an option, I decided rather to embark on quite the excursion myself to view one of the falls. Despite that the valley was very hot and that I’d been warned the falls have dried up significantly, I had regardless hopes to reach cool and rushing cascades. After my pretty intense exertion there was no rewarding water fall mist to be sprayed with, yet no disappointment. I generally seek out such physical opportunities and while traveling is no exception. I greatly anticipated spending some time in the boulder studded Tuolumne meadows I noticed upon entering the park. Imagine… grassy wildflower filled meadows in front of rocky pine forest, behind which the Sierra Nevada mountains are looming. Little purple wildflowers clung to the babbling brooks coursing through the fields. I watched the sun set, the colors of the sky reflected in the stream cast a gentle glow about my skin. I would have stayed into night had I not been being feasted upon by so many mosquitoes. I’m normally a damn Buddhist about bugs, but these things sucked! I was foolish to think there might be any open campsites on this holiday, so with that I left the park and headed North. 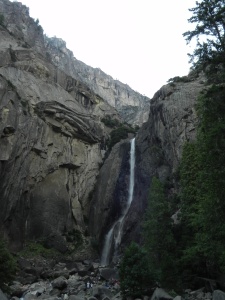 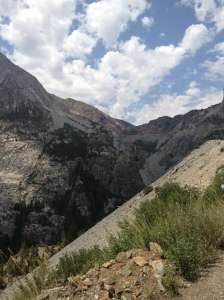 I felt aimless driving into the night. Had forgotten it was the 4th until fireworks appeared in the sky numerous times. I missed nearly everything familiar about the way I usually spend the 4th of July holiday: my younger sister Johanna’s birthday, a picnic turning into a party at my parents house in Ottsville, garlic hot wings made over the campfire, fireworks lit off of the sand mound and what I missed most was the love of my family and friends. Opting for the more scenic and interesting route, driving it during darkness, I grew tired of the winding roads quickly. Route 89 seemed a very quiet highway and I found a place to pull off and sleep. The night sky was filled with stars. I opened my sun roof, allowing the cool California air into my car, heard crickets and an airplane passing, staring out at the sky and in thinking of freedom, I smiled before falling asleep. The next morning, I sat up, looked at the rolling hills and winding road ahead me and realized that I felt just as free today as I did the day before. Independence being a beautiful thing, my car kicked up dust as I set off on the open road. 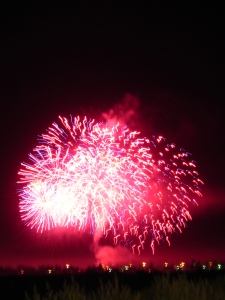 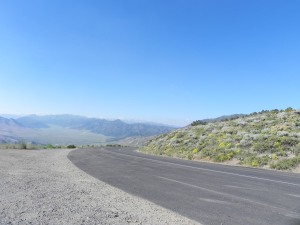